I did the interface design and graphics for this experimental prototype BERG produced for the BBC. It was an educational toy that “takes important places, events and things, and overlays them onto a map of where you are.” 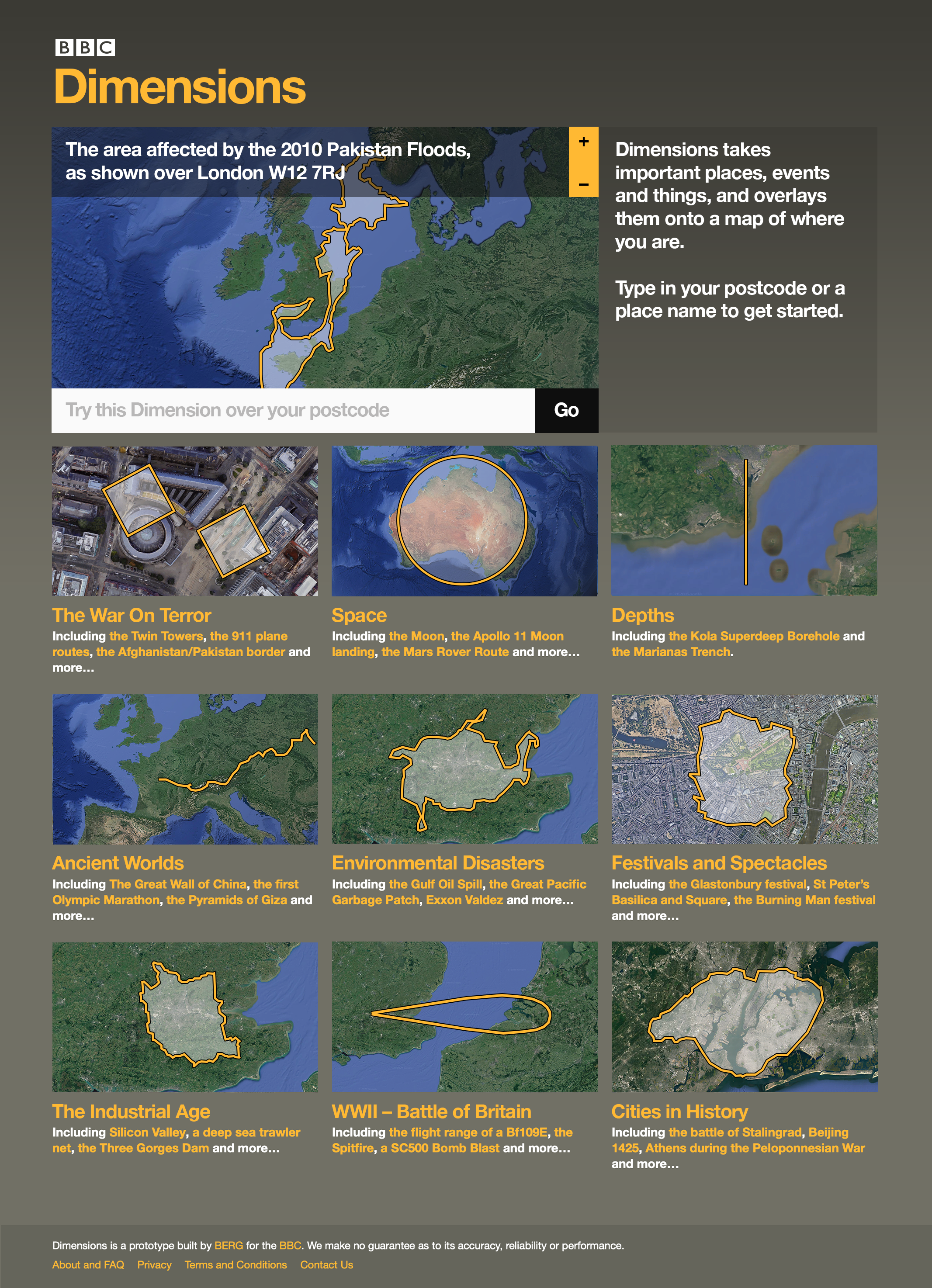 As Matt Jones explained, BERG were tasked with “looking at new ways in which history could be explored and explained using digital media.” This started as a series of workshops which ended up with this prototype.

Each ‘Dimension’ is an outline shape, at scale, of things like plans of ancient buildings, famous routes or the extent of natural disasters, which can be overlaid on a map anywhere in the world. You type in a postcode to overlay the shape on top of a place you might be familiar with. This added context helps you get a sense of ‘how big really’ things are. 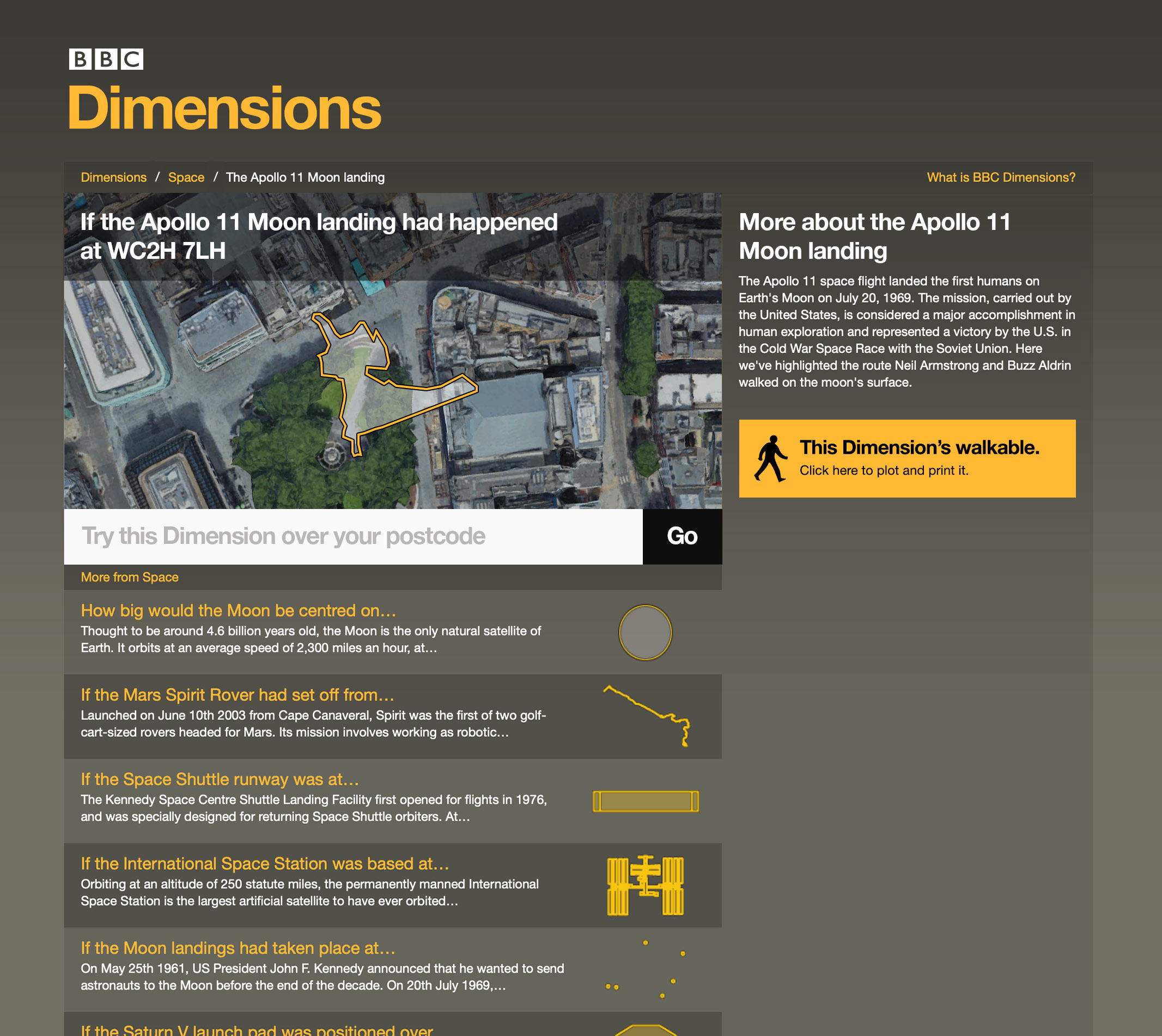 I did the interface design and print work to help get it into the world, working alongside the rest of the BERG crew and master developer Paul Mison (with a lovely cameo from the ever-brilliant Phil Gyford). The project was set up at the BBC by the awesome Max Gadney. The original prototype eventually turned into a live version on the BBC News website. It’s probably one of my favourite projects from my time at BERG – I think we managed to get pretty close to the sweet spot of making things that are culturally inventive, thoughtful and useful.